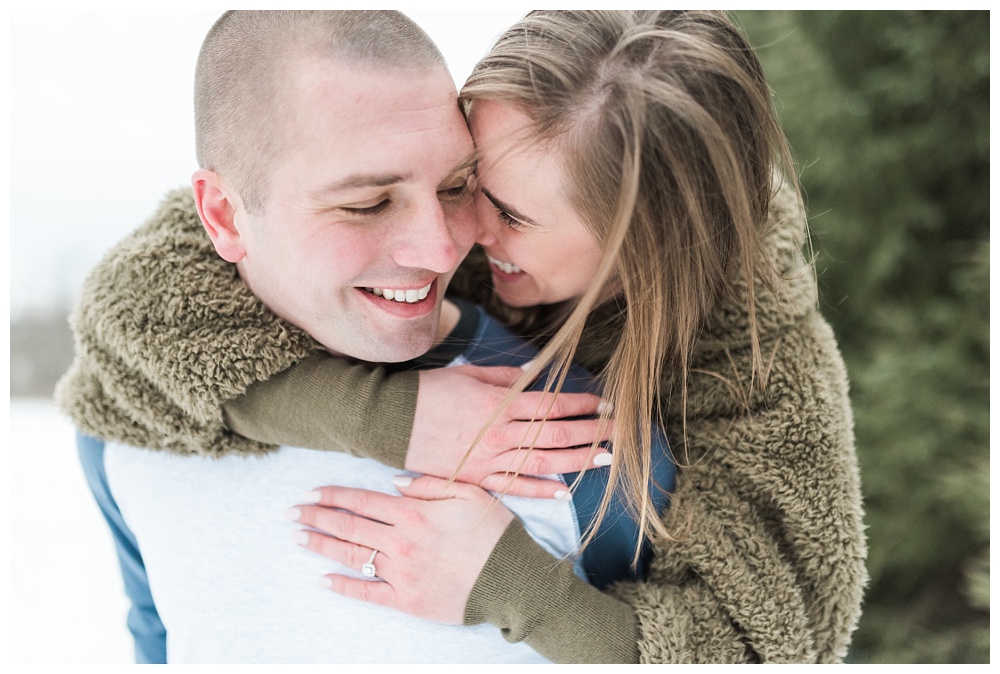 Chelsey, a small town girl, and Justin, a small town boy, grew up just 15 minutes from each other. Their paths crossed several times throughout their young lives, but it wasn’t until after college that they reconnected and Justin asked Chelsey out on a date. They went to dinner at La Cantina in Cedar Rapids, Iowa. The two hit it off, and two years later in May of 2018, they decided to celebrate their first date at that same restaurant.  While they were on their way to dinner, Justin told Chelsey he wanted to show her something at McGrath Amphitheater – a place where the couple love to spend their summer nights. They pulled up to the empty amphitheater and Justin took Chelsey up to center stage and it was there, without a single soul around, that he asked her to marry him. A memory that Chelsey says will “forever be one of our favorite moments together.”

While Chelsey and Justin are planning a summertime wedding, they decided on these beautiful snow-filled winter engagment photos taken at Chelsey’s parent’s place in rural Iowa City! They are getting married this August at Newman Catholic Center in Iowa City with a reception to follow at Bella Sala in Tiffin. 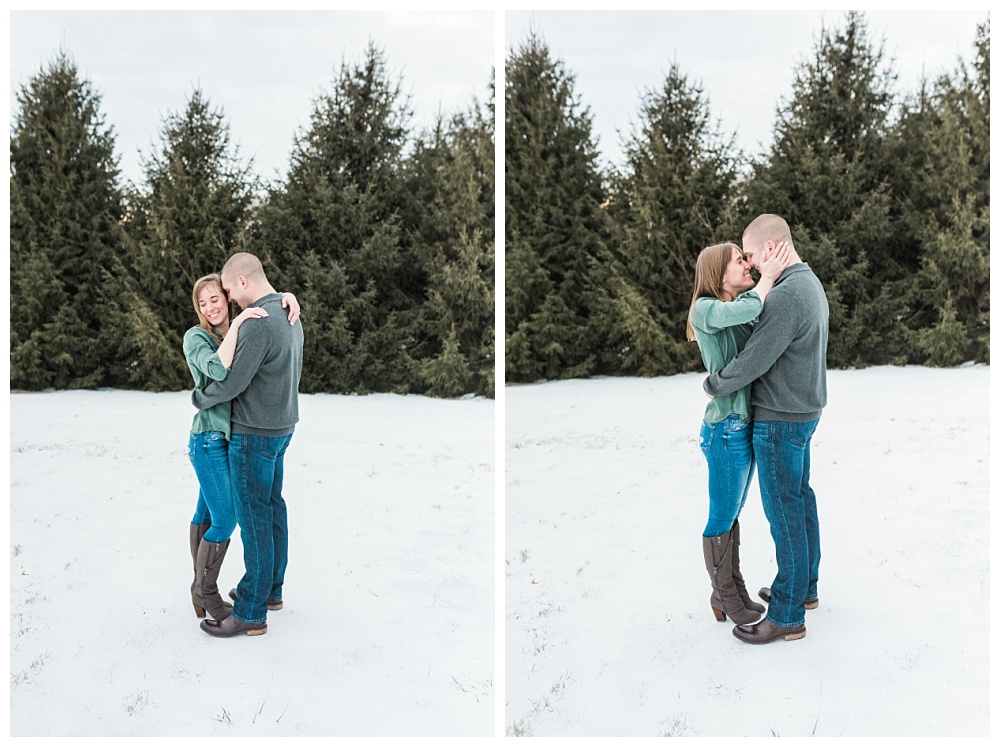 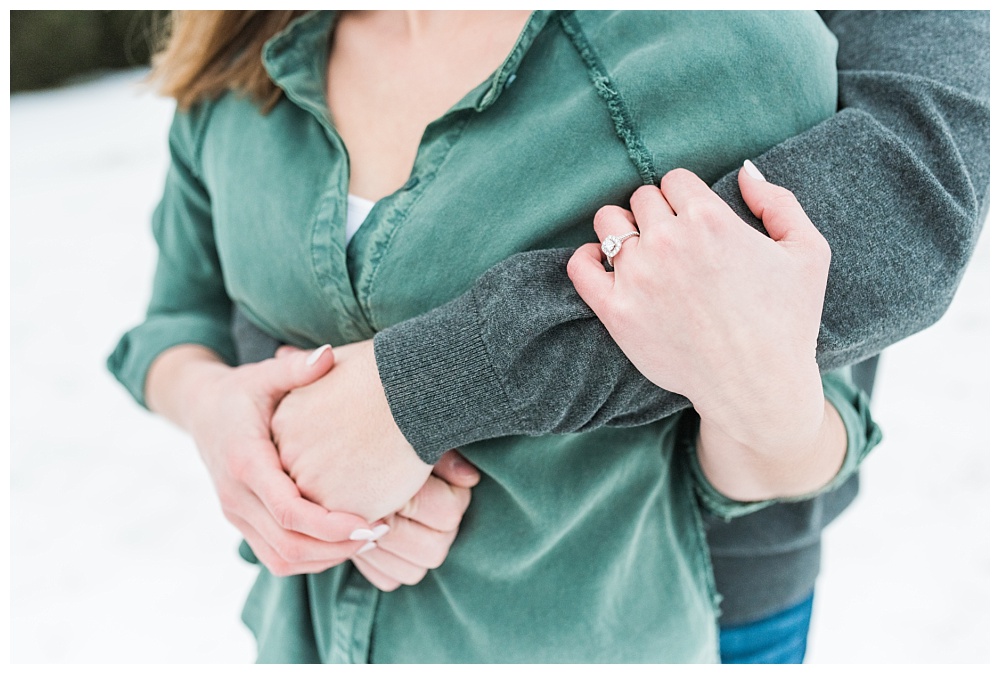 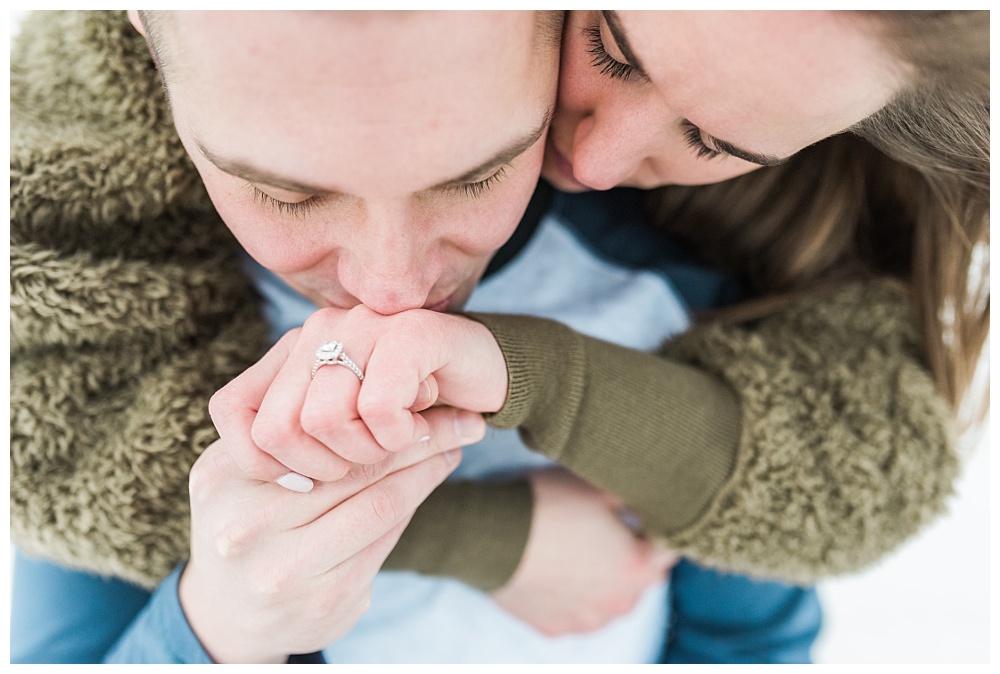 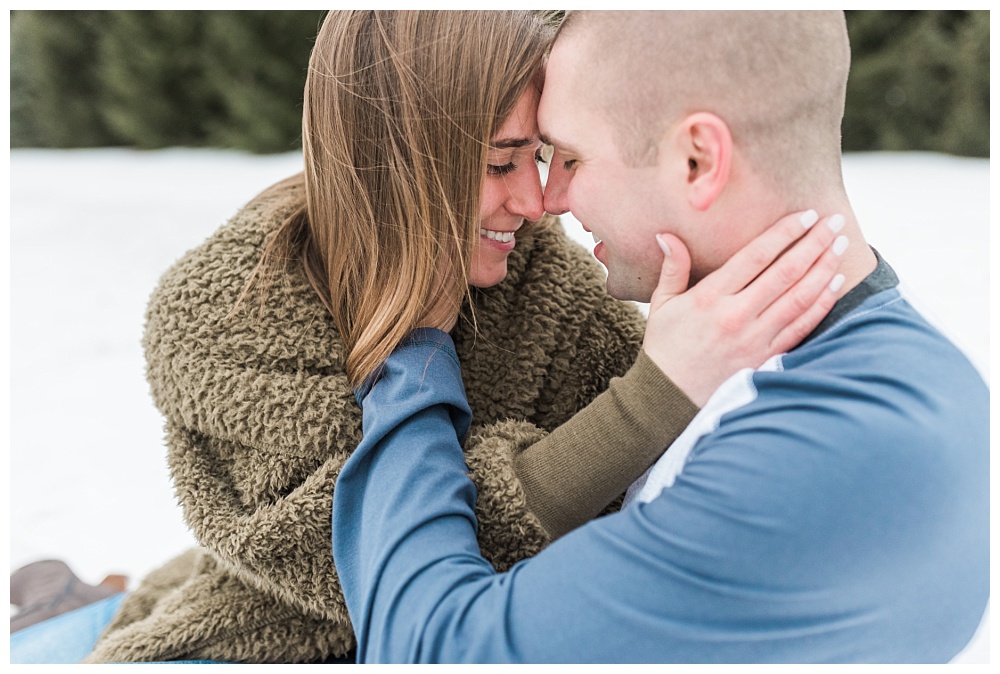 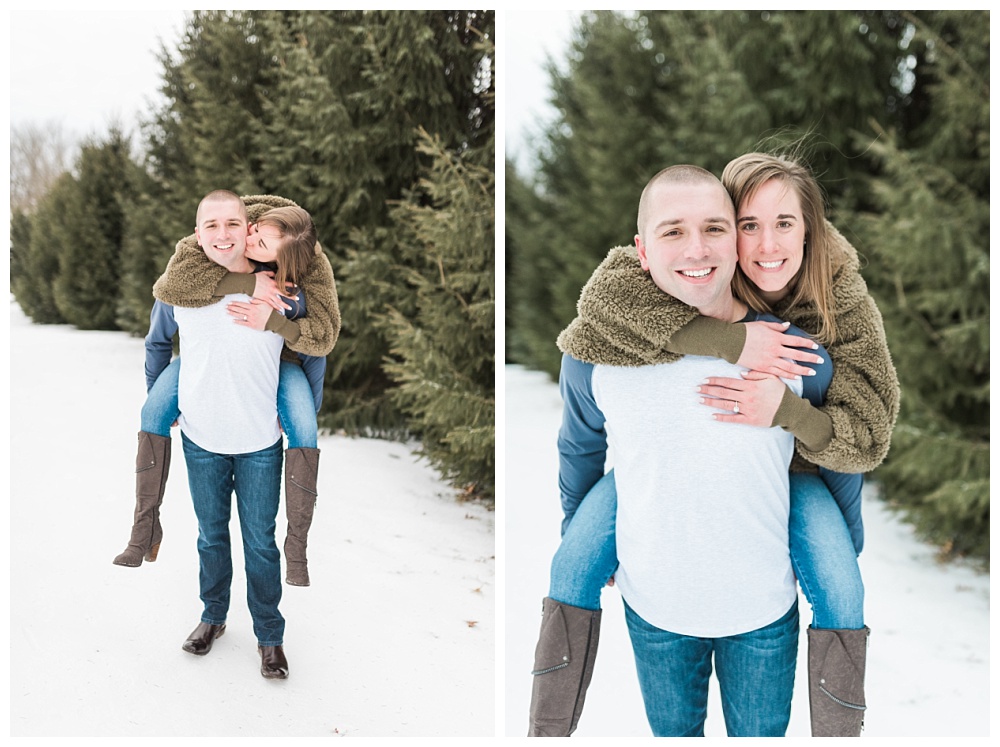 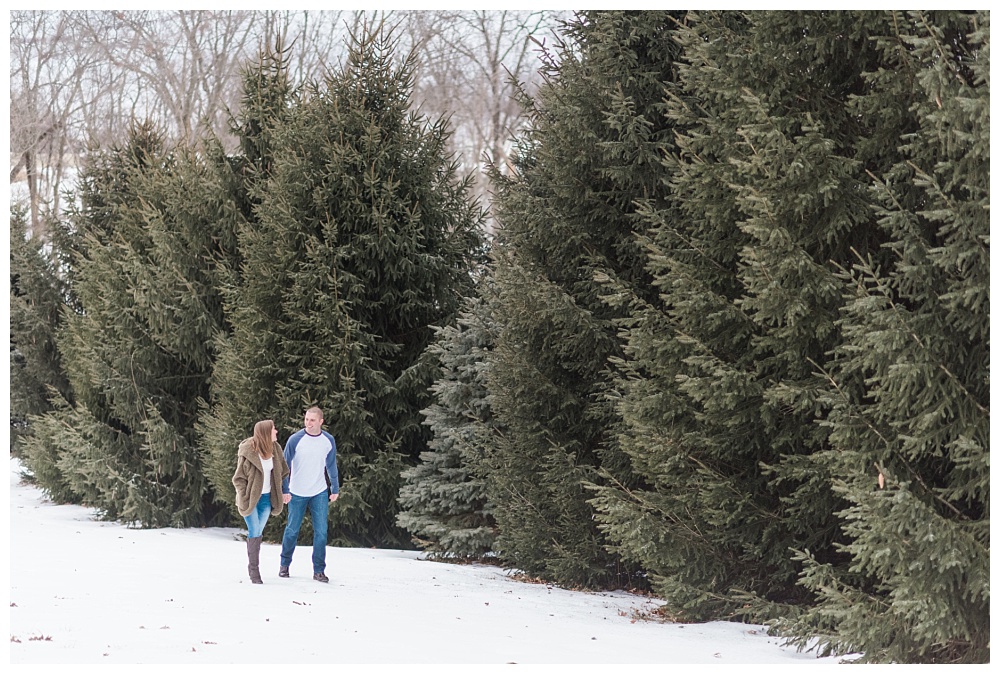 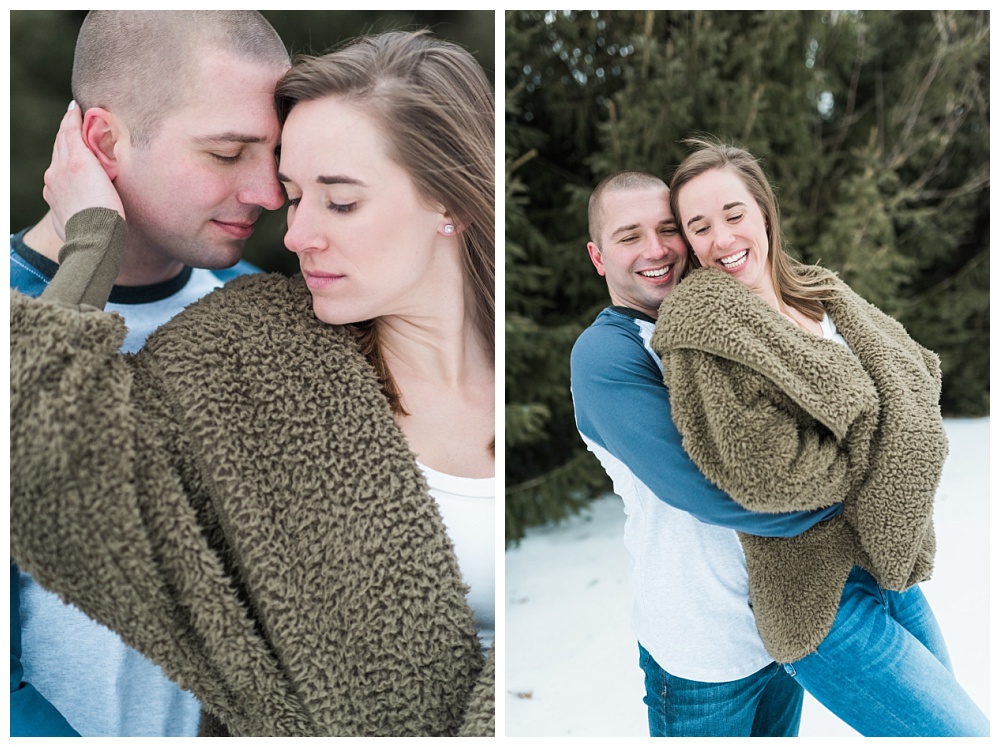 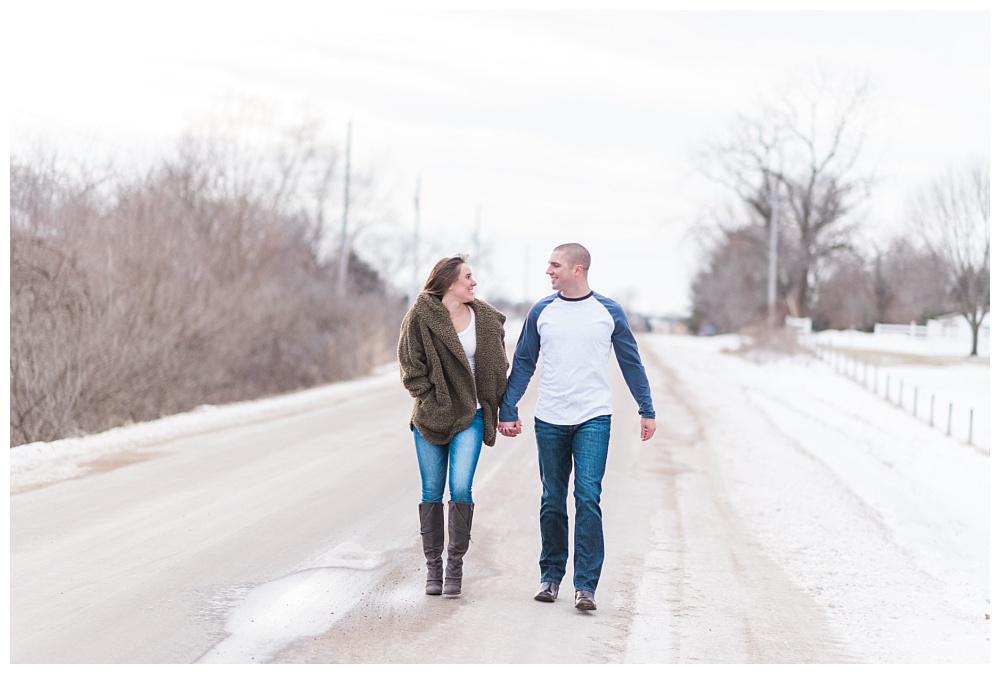 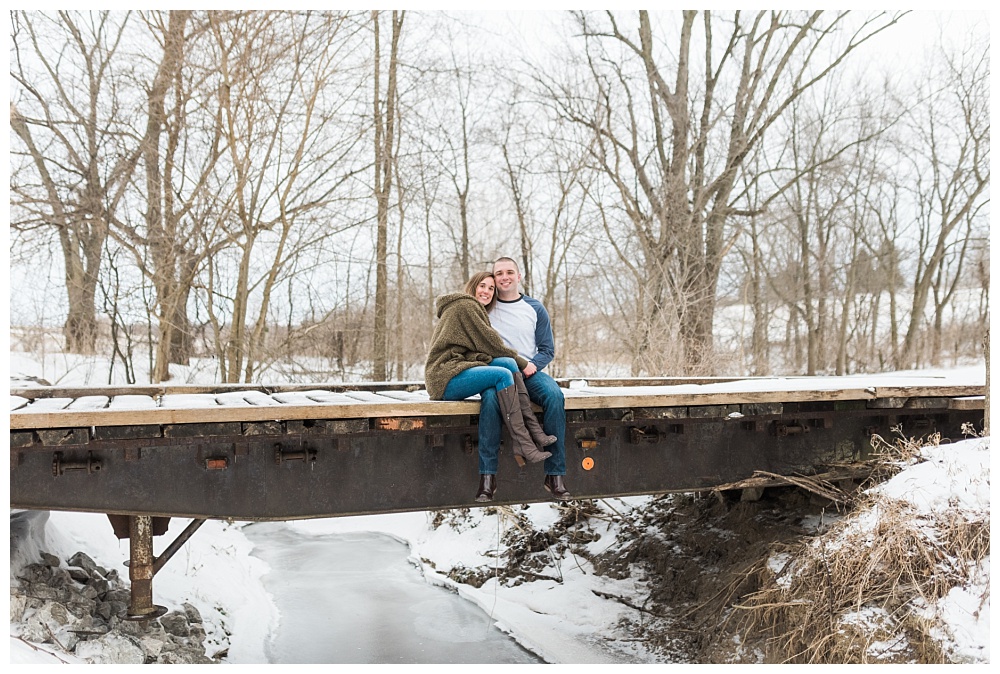 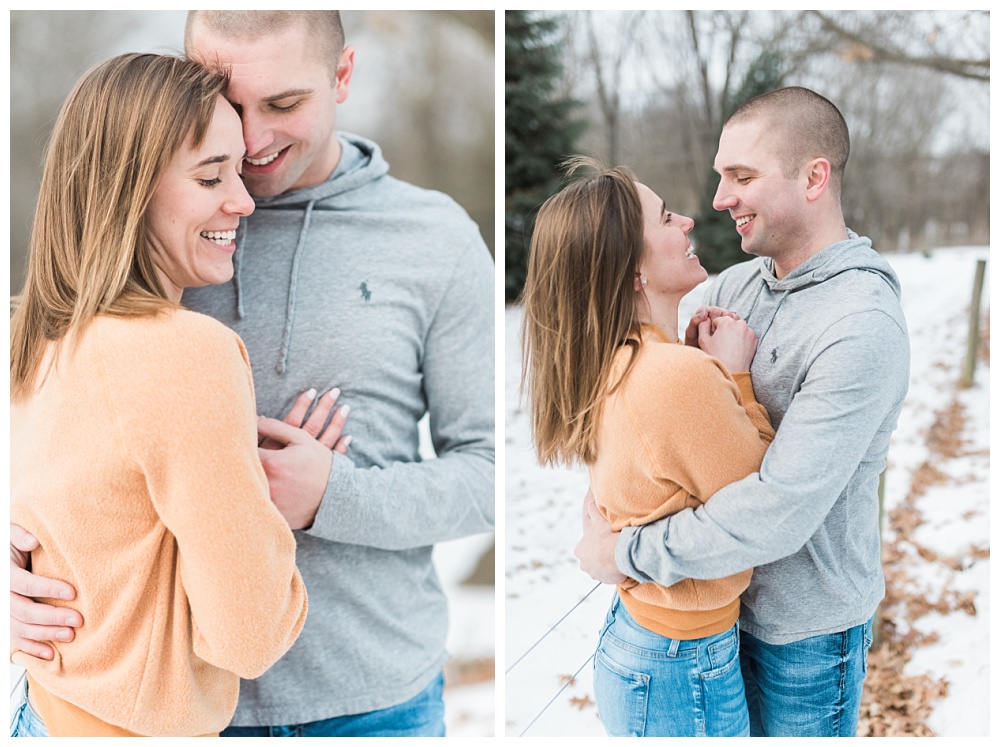 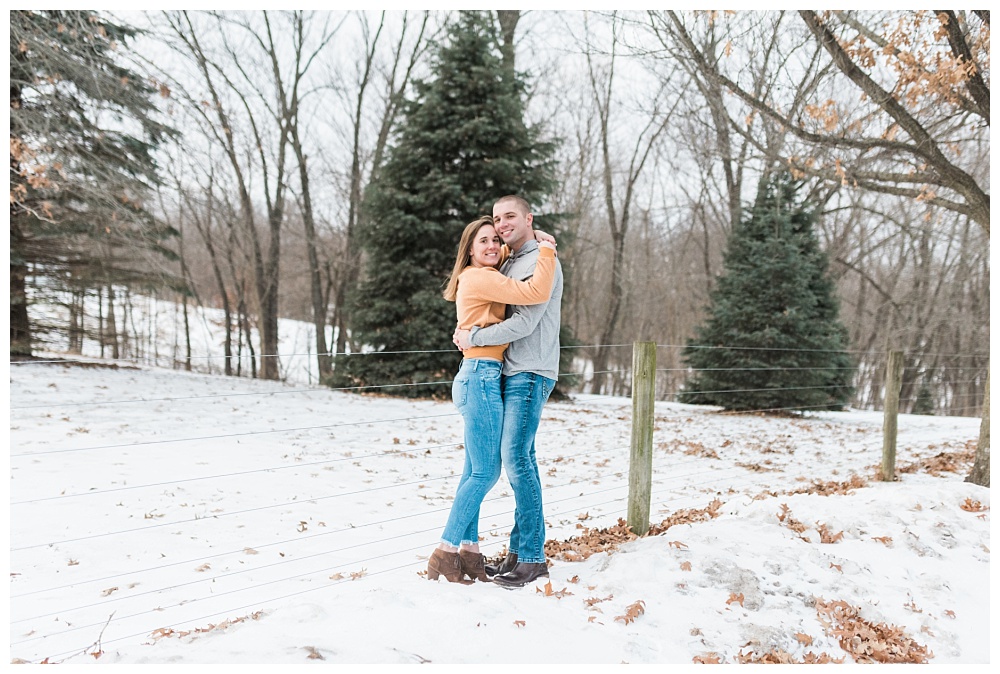 […] Growing up, Justin and Chelsey didn’t live far from each other, but they didn’t really connect until after college. They hit it off on their first date and two years later, they were engaged. Now, just over a year later, they are a married couple! You can see more of their engagement story and their snowy, countryside engagement photos at this link here! […]